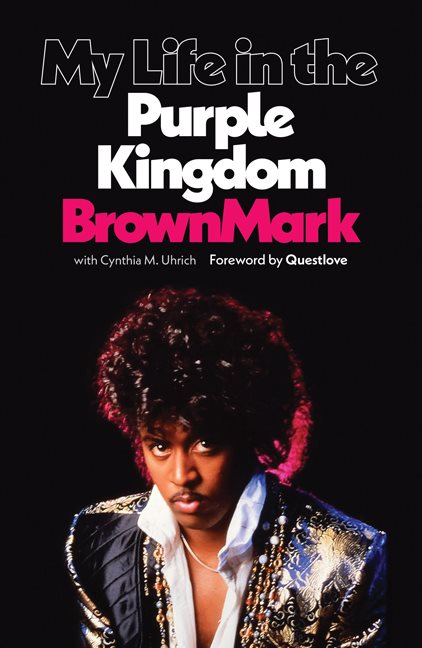 My Life in the Purple Kingdom virtual launch event

Tweet
Share
Share
Pin
0 Shares
Monday, September 28, 2020 at 6 PM – 7:30 PM CDT
Public · Hosted by University of Minnesota Press and Moon Palace Books
Online Event
BrownMark will host a virtual event on Monday, September 28 at 6:00 p.m. for the launch of his new book, My Life in the Purple Kingdom. Tune in for this moderated Q&A by registering via CrowdCast here: https://www.crowdcast.io/e/purplekingdomlaunch/register. The book is available for purchase through our partner bookseller, Moon Palace Books, here:
https://moonpalacebooks.com/?q=h.tviewer&using_sb=status… .
My Life in the Purple Kingdom is BrownMark’s memoir of coming of age in the musical orbit of one of the most visionary artists of his generation. Raw, wry, real, this book takes us from his musical awakening as a boy in Minneapolis to the cold call from Prince at nineteen, from touring the world with The Revolution and performing in Purple Rain to inking his own contract with Motown.
“A story of low notes and high stakes, of Revolution and of evolution, of bands and fans and best-laid plans, of pills and thrills and daffodils. Hang tough, children, and read it.” —Questlove, from the Foreword
“This is not a tell-all book. It is simply a candid, honest, heartfelt story about a young kid who goes on to achieve his dream of making it in the music industry, and the price that he pays along the way. It’s an uplifting tale about working with Prince, and it is an enjoyable read that serves as another piece of the puzzle that is Prince.” —Chuck Earling
“This page-turning memoir… will appeal to BrownMark’s fans and general music enthusiasts.” —Library Journal
“Those looking for a memoir awash in sex, drugs, and the seamier sides of Prince’s private life will instead discover hard work and rigid discipline under a stern taskmaster, an artist who became what he was through minute attention to detail as well as genius. A memoir of vivid detail and understandable ambivalence.” —Kirkus Reviews
Read more about the book here: https://www.upress.umn.edu/…/my-life-in-the-purple-kingdom.
Tweet
Share
Share
Pin
0 Shares