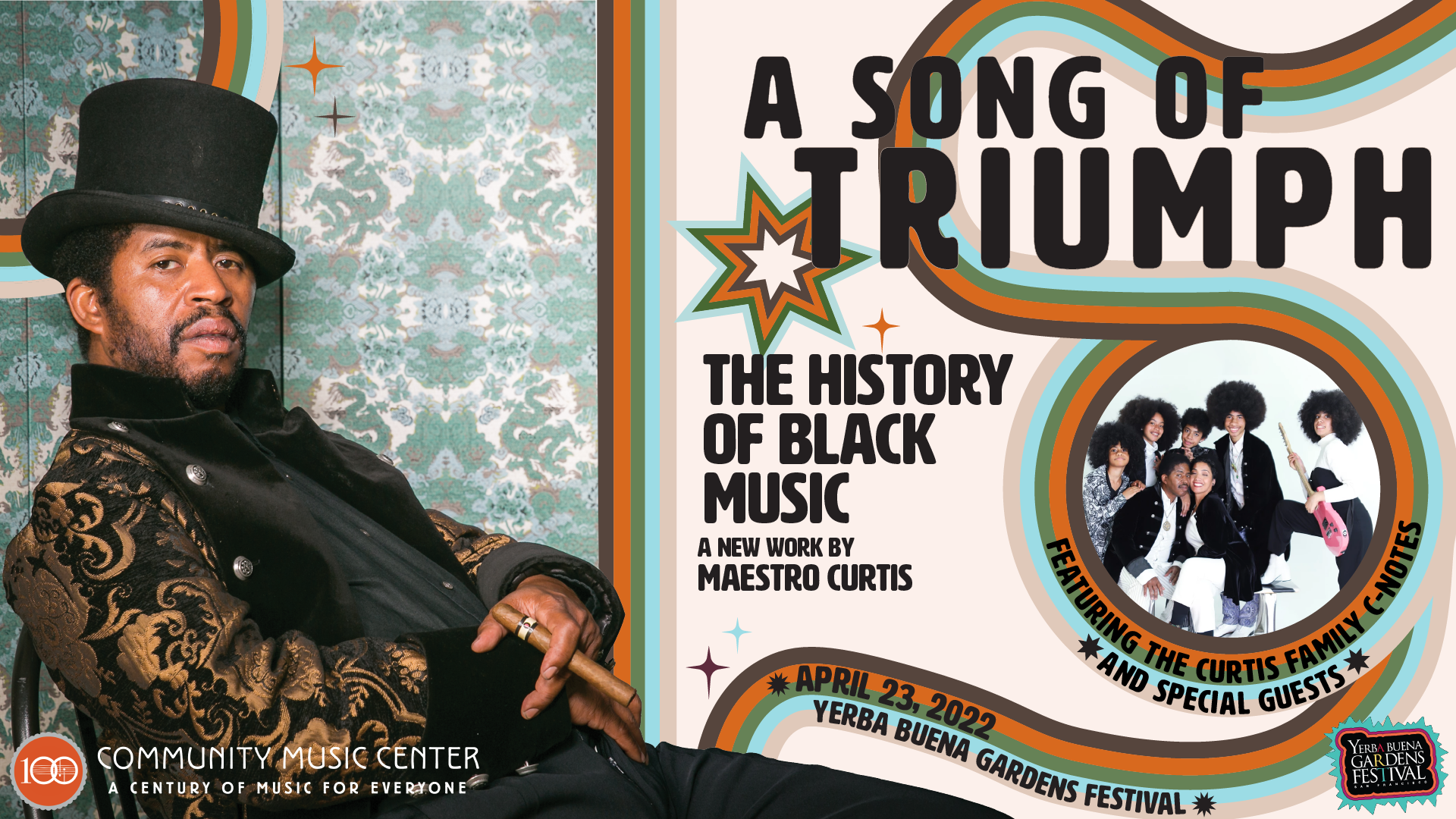 A Song of Triumph: The History of Black Music

Read our interview with Maestro Curtis about A Song of Triumph here.

You are invited to see a free open rehearsal of “A Song of Triumph: The History of Black Music” prior to the world premiere, with additional remarks by Larry Douglas and Juan Escovedo.

Tony Bolivar, Activist, professor, music minister, creator of Dream Achievers (an ensemble of musicians with Autism touring the U.S. and internationally), also performed with the likes of Andraé Crouch and Alvin Slaughter

Reverend J.R. Hall, Minister and singer (from the famed Edwin & Walter Hawkins Singers), who has performed gospel music in the biggest arenas in the world

Ricardo Scales, Legendary concert pianist, composer, and music producer who has played for celebrities, and dignitaries from all over the world, including five American presidents, known as the Bay Area’s “Black Liberace”)